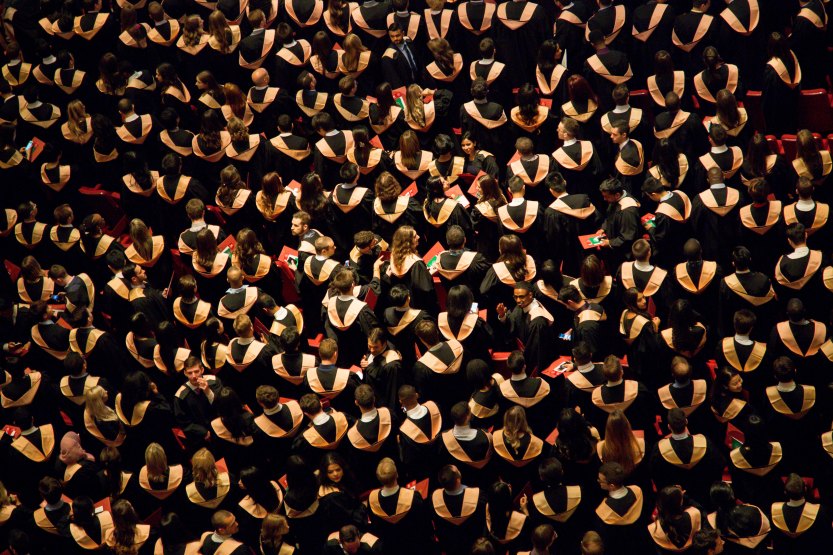 As the minutes ticked down toward the final boarding call for my late evening train from London to Brussels, I was furiously typing up notes from a research report I had just read on the Trade in Services Agreement, otherwise known as TISA. The young man sitting next to me leaned over and asked if he could compliment me. He was particularly impressed at how rapidly I was writing. The conversation quickly turned to what I did, and what was I researching. I pointed out I was a sociologist of education located in a UK university, and that one of the things I was currently researching were global trade deals. I could hear more than a hint of incredulity in his voice. His face clouded over, and brow furrowed. ‘You work on global trade negotiations? But you are a sociologist of education?’ he remarked. ‘Quite!’ I replied. ‘But if education is included in trade deals, and seen as trade, what does this do to education as a public service?’ he remarked. ‘Quite!’ I replied again. ‘It changes it dramatically!’

I went on to explain that since the launch of the World Trade Organization in 1995, major efforts have been under way by interested countries and peak interest groups to include all levels of education in the agreements between Member States, with education seen as a services sector, along with finance, health, transport, and so on.  It also means education is talked about using a similar language to the describe used to describe global trade in goods: exporting and importing nations, national treatment, most-favoured nation, consumption abroad, and so on.

This is not the first time a casual conversation like this on education and global trade deals has ended with a sense of incredulity.  And for sure it will not be the last, as the full force of the global trade deals swing into action. Here I am referring to the Comprehensive Economic Trade Agreement between Europe and Canada (CETA), the EU-Japan Economic Partnership Agreement, the Trans-Pacific Partnership (TPP) between a number of the Pacific Rim Countries recently renamed as “the Comprehensive and Progressive Agreement for Transpacific Partnership, the Transatlantic Trade and Investment Partnership (TTIP) between the USA and Europe, and the Trade in Services Agreement (TISA) between the so-called ‘friends of services’ involving mostly Organisation of Economic Cooperation and Development (OECD) countries, plus a few more.  For the moment, too, the North American Free Trade Agreement (NAFTA) is also being renegotiated.

What do all of these Agreements have in common? The first is that education is included as a tradeable services sector – in large part as it cannot be excluded – given the criteria for exclusion being it is supplied “…in the exercise of governmental authority”…and it is “…supplied neither on a commercial basis nor in competition with one or more service providers” (WTO, GATS Article 1.3). Think of any country where the state is the only provider of education, and where the service is provided without any hint of competition in the sector. Three decades of neoliberal policies in education has created the conditions for including education in trade.

The status of education as a genuine ‘public service’ in many countries has been precisely what the struggle over the privatisation of education is about. Countries and corporations have eyed up the profits to be made if education were to be constructed as a private good, bought and sold in the market place according to market rules, in turn protected by trade rules. To do this, public education sectors have been pushed to ‘unbundle’, and to think of their activities as ‘bundles of services’ – the lucrative ones being hived off to profit seeking firms.

Families, concerned publics, and educators, have rightly pointed out that education is not a bundle of services to be regulated by trade rules. Education – despite all of its weaknesses in making more equal societies, is nevertheless a key institution in creating societies and political citizens. Education – as a key sector within the social contract – must not service narrow economic interests.  The responsibility of all national governments, enshrined in international declarations, is that they must ensure good quality free public education is available as a human right, a societal good, and the basis on which to participate as an informed citizen, with political entitlements.

The second element many of these agreements have in common is that they represent efforts to limit the possibility of governments moving in the direction of more national ownership into the future. Causes like ‘standstill’, ‘ratchet’ and ‘negative list’ mean that a country cannot reverse away from where they currently are in the direction of less market. Add to this the ‘ratchet effect’ and this essentially means the only direction of travel for future policy is to become progressively organised through the market and open to investors, and not by the state. The ‘negative list’ is also particularly pernicious. It means negotiators have to list activities to be exempted now. Yet if we don’t know the future, because we can’t, then by definition, future developments are included. Heads the investors win, tails the investors win too.

A third element in common is lack of transparency. Most of the negotiations have been carried out in secret.  Yet despite the centrality of education to people’s lives – and that governments campaign on education as a big ticket item they hope politicians will honour – in effect global trade deals that include education make hollow any promise of democracy.

What in reality will this current round of global trade agreements include and promote?  It is clear such deals aim to hasten the liberalisation of education, loosening the protections around who can invest in what.  This means powerful countries and their corporations opening up new and emerging markets in education, with regulations by a country challenged if they are seen to be too burdensome.

It means transnational firms, as well as professionals (like teachers and academics) and other experts, being able to move over national borders more easily – under mutual recognition clauses. This will profoundly challenge the nature of professional knowledge and who gets to regulate it.

Governmental procurement contracts are to be open to all of the members of the agreement for tendering, unless specific annexes have been inserted which exempt which parts. Efforts will be made to regulate intellectual property and cross border information flows in ways that suit the large tech corporations rather than the knowledge producers and users.

Labour chapters in the agreements – whilst promising protections for workers – are largely hollow. In other words, current poor conditions for teachers are not seen as a breach of labour rights and only an erosion of already poor conditions will be considered. Further, cases of breaches can only be taken by governments, and not worker unions.  Not all governments take the side of workers, and indeed the opposite is mostly the case.

In 1999, the now infamous Battle in Seattle badly bruised the multilateral institutions involved in brokering the global trade agreements. By 2005, the World Trade Organization was limping along as the main negotiation forum for global trade deals. Yet as we have come to learn, the game is never over, and that indeed a new game of cat and mouse was launched.

And this brings us to where we are now; agreements that are in a state of either having been ratified, or in the wings, that promise to further transform education into a tradeable good, and in doing so, alter the conditions for democratic deliberation over one of the key rights we have as political citizens.

The young man at the train station was right to be confused and troubled, as this skewing of power in the direction of powerful investors sounds like fiction. But fiction it is not. We need a new Battle of Seattle that fires a broad warning shot over the bows of the greedy investors whose hopes are that education is the new gold. In their rush, we need to remind them that we are in a battle to secure education as a societal good and public service.  In acting, we need to make visible and contest the wheeling and dealing over including education in global trade agreements for what it is; a toxic mix of crude capitalism in profiteering from education.

This was originally published on Worlds of Education