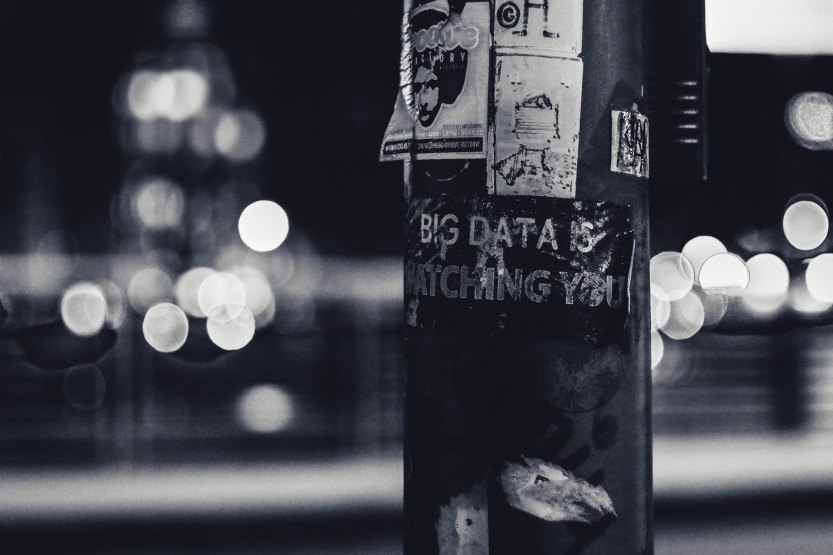 This symposium might be of interest to those within our cluster who took part in the platform capitalism reading group:

MORAL MACHINES? THE ETHICS AND POLITICS OF THE DIGITAL WORLD

As our visible and invisible social reality is getting increasingly digital, the question of the ethical, moral and political consequences of digitalization is ever more pressing. Such issue is too complex to be met only with instinctive digiphilia or digiphobia. No technology is just a tool, all technologies mark their users and environments. Digital technologies, however, mark them much more intimately than any previous ones have done since they promise to think in our place – so that they do not only enhance the homo sapiens’ most distinctive feature but also relieve them from it. We entrust computers with more and more functions, and their help is indeed invaluable especially in science and technology. Some fear or dream that in the end, they become so invaluable that a huge Artificial Intelligence or Singularity will take control of the whole affair that humans deal with so messily.

The symposium “Moral Machines? The Ethics and Politics of the Digital World” welcomes contributions addressing the various aspects of the contemporary digital world. We are especially interested in the idea that despite everything they can do, the machines do not really think, at least not like us. So, what is thinking in the digital world? How does the digital machine “think”? Our both confirmed keynote speakers, N. Katherine Hayles and Bernard Stiegler, have approached these fundamental questions in their work, and one of our aims within this symposium is to bring their approaches together for a lively discussion. Hayles has shown that, for a long time, computers were built with the assumption that they imitate human thought – while in fact, the machine’s capability of non-embodied and non-conscious cognition sets it apart from everything we call thinking. For his part, Bernard Stiegler has shown how technics in general and digital technologies in particular are specific forms of memory that is externalized and made public – and that, at the same time, becomes very different from and alien to individual human consciousness.

We are seeking submissions from scholars studying different aspects of these issues. Prominent work is done in many fields ranging from philosophy and literary studies to political science and sociology, not forgetting the wide umbrella of digital humanities. We hope that the symposium can bring together researchers from multiple fields and thus address the ethics and politics of the digital world in an interdisciplinary and inspiring setting. In addition to the keynotes, our confirmed participants already include Erich Hörl, Fréderic Neyrat and François Sebbah, for instance.

We encourage approaching our possible list of topics (see below) from numerous angles, from philosophical and theoretical to more practical ones. For example, the topics could be approached from the viewpoint of how they have been addressed within the realm of fiction, journalism, law or politics, and how these discourses possibly frame or reflect our understanding of the digital world.

The possible list of topics, here assembled under three main headings, includes but is not limited to:

“Moral Machines? The Ethics and Politics of the Digital World” is a symposium organized by two research fellows, Susanna Lindberg and Hanna-Riikka Roine at the Helsinki Collegium for Advanced Studies, University of Helsinki. The symposium is free of charge, and there will also be a public evening programme with artists engaging the digital world. Our aim is to bring together researchers from all fields addressing the many issues and problems of the digitalization of our social reality, and possibly contribute towards the creation of a research network. It is also possible that some of the papers will be invited to be further developed for publication either in a special journal issue or an edited book.

The papers to be presented will be selected based on abstracts which should not exceed 300 words (plus references). Add a bio note (max. 150 words) that includes your affiliation and email address. Name your file [firstname lastname] and submit it as a pdf. If you which to propose a panel of 3-4 papers, include a description of the panel (max. 300 words), papers (max. 200 words each), and bio notes (max. 150 words each).

Please submit your proposal to moralmachines2019@gmail.com by 31 August 2018. Decisions on the proposals will be made by 31 October 2018.

For further information about the symposium, feel free to contact the organizers Susanna Lindberg (susanna.e.lindberg@gmail.com) and Hanna-Riikka Roine (hanna.roine@helsinki.fi).