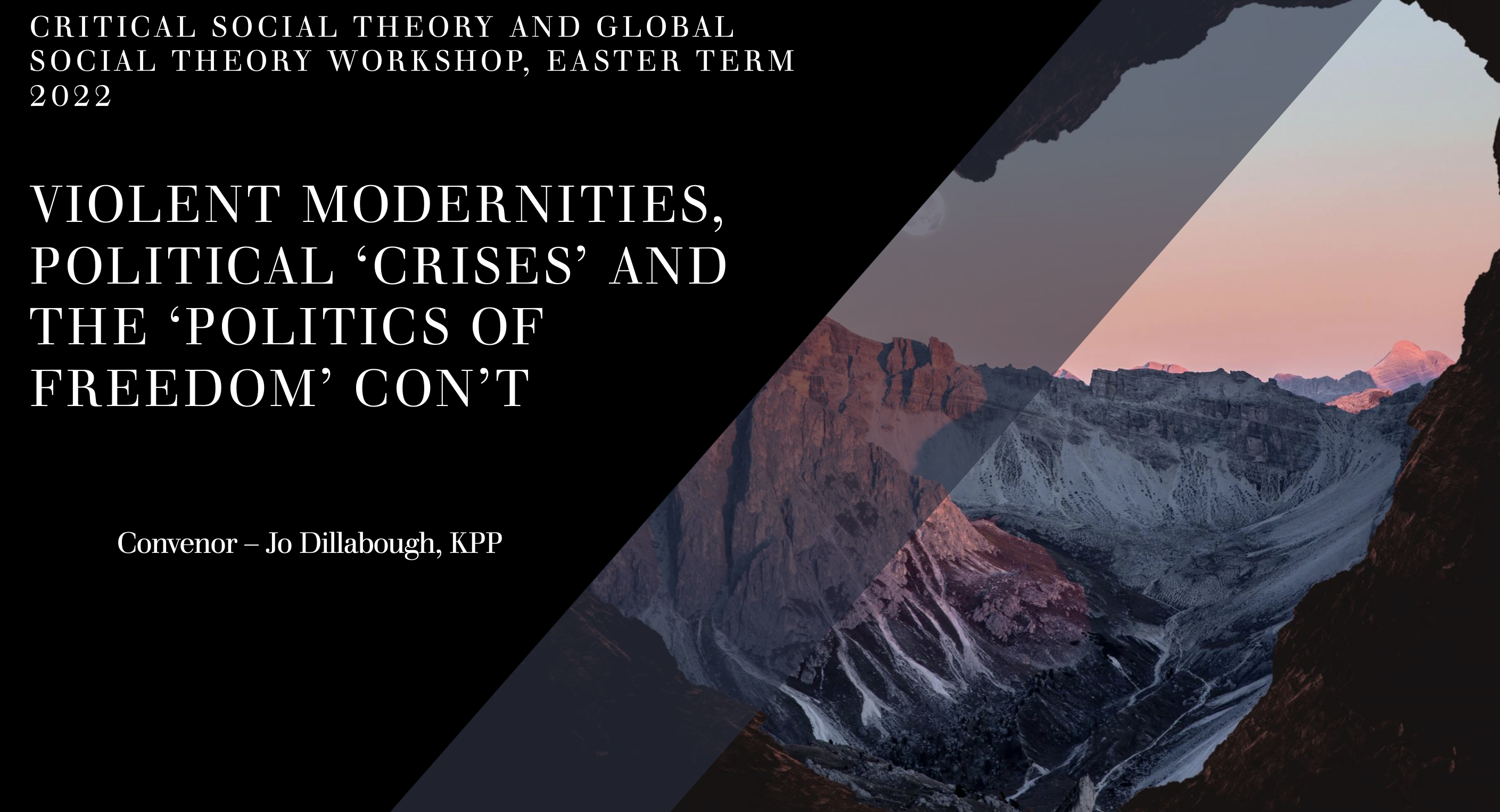 Capturing spaces on the move: Modernity’s mobile materialities of political reordering in Israel-Palestine and beyond

What are the links between mobilities, modern materialities, and the post/colonial production of space? How could we understand the modern stabilisation of national territories in relation to the excessive use of mobile and temporary spaces, such as camps and portable emergency shelters, in colonial and other exceptional contexts? Focusing on the geopolitical complexity of Israel–Palestine and the dramatic changes it has experienced during the past century, this seminar explores the region’s extensive use of mobile architecture and other ‘spaces on the move’ and their existence as both a tool of colonial and state power and as makeshift spaces of resistance and decolonisation. Building on historical and ethnographic materials, these moving spaces will be located at the core of modern societies, analysing how they being ignored or banned as one form of (indigenous) mobilities while being extensively used for other forms of (colonial and exceptional) spatial movements.

Bio: Irit Katz is an architect and assistant professor in architecture and urban studies at the Department of Architecture, University of Cambridge, and Bye-Fellow of Christ’s College. Her research and teaching interests are foregrounded in built environments experiencing radical transformations, including spaces of conflict, displacement, and refuge, particularly in post/colonial contexts. Among her numerous publications she co-edited Camps Revisited: Multifaceted Spatialities of a Modern Political Technology and her monograph The Common Camp: Architecture of Power and Resistance in Israel-Palestine is forthcoming (July 2022) by the University of Minnesota Press.

To submit an event to our calendar, fill out the following Events Form

Faculty of Education, University of Cambridge