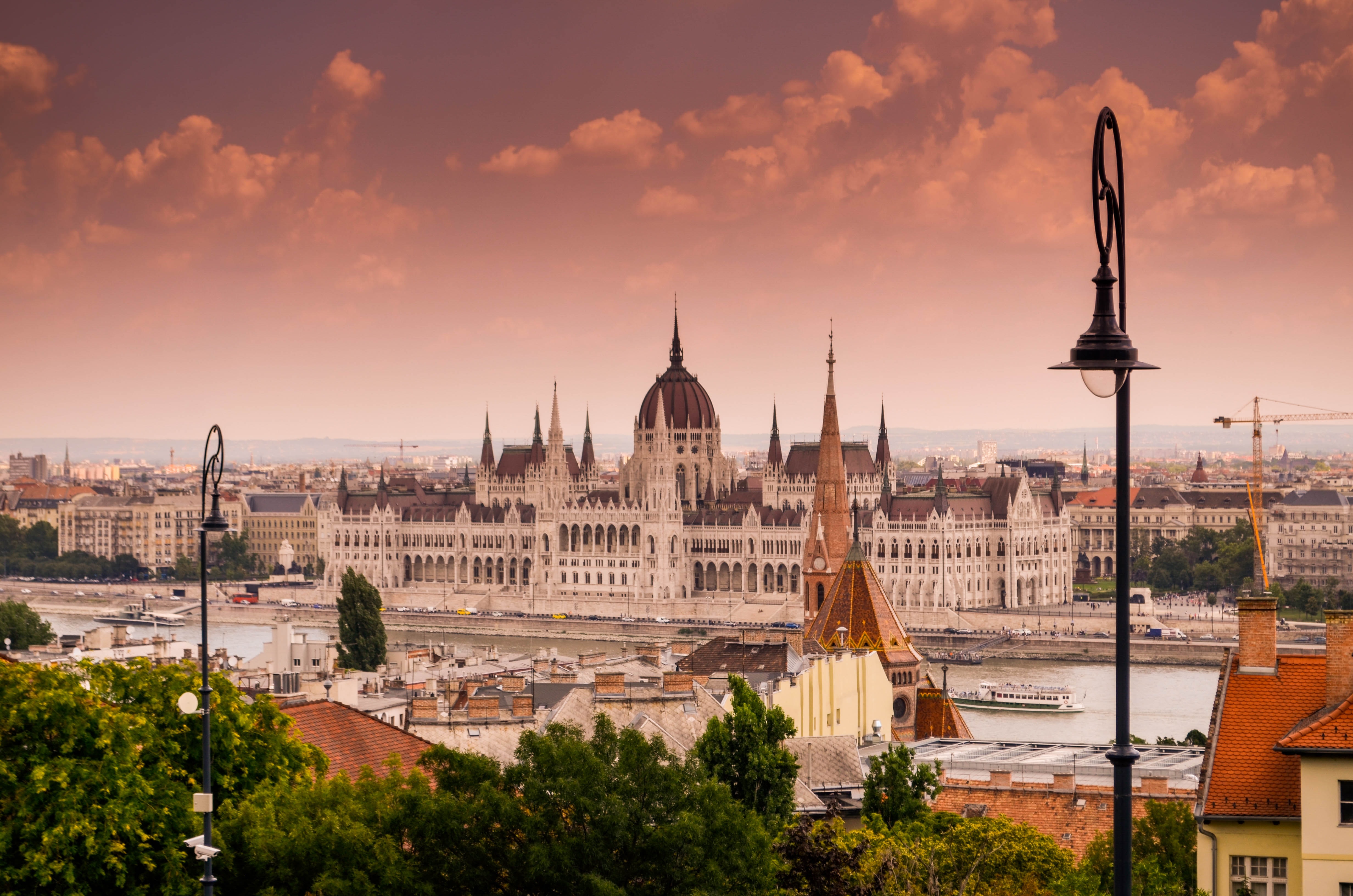 The landscape of Hungarian Higher Education (HE) over the last decade represents a battlescape over populist ideals (see the Democracy Institute, 2022) and a strategically designed conservative push towards more patriotic forms of HE, signposting Victor Orban’s political vision for Hungary into the future (Collins, 2021). On April 3rd, 2022, this reality was reaffirmed by Orban’s 2022 electoral success, gaining two-thirds of the National Assembly and an 18-percentage point lead over opposition parties. Many are suggesting that Orban’s extended time in parliament and ‘rigging rules’ equate with the death of democracy as we have known it in Hungary and a ‘funeral’ for critical intellectualism in higher education. In its place is a form of HE that endorses patriotism and pure sovereignty as a bio-political project par excellence. Alternately characterised as an illiberal democracy (Pogany, 2018), authoritarian and fascist-leaning post-liberal space, or an “authoritarian simulacrum” energised through a “bricolage of incompatible components” (Trencsényi, 2021), Orban’s inner circle has also consistently sought to reform Hungarian HE through bureaucratic and technocratic modes of centralised control. More than a decade of intimidation and austerity tactics, partisan infiltration, the hollowing out of HE as a public good (e.g., see Brown, 2015, Honig, 2017) and wider xenophobic trends have therefore positioned HE as a testing ground for energising state experiments that endorse a conservative Christian ‘global right’ cultural mandate. Taken together, these pressures point to modern Hungarian HE as a ‘problem space’ (Scott, 1997) for re-imagining national sovereignty grounded in moral economies of illiberalism that lay claims to ‘Hungarianisation’ as a moral good and a sacred way of life. Simultaneously it is also enabling, as Yaquoob (2014: 386) suggests, ‘a totalitarian assault’ on human diversity and undermining the realisation of a shared notion of a diverse Hungary.

In particular, the forced exile of the CEU to Vienna, the culling of Gender Studies departments (Peto, 2018), the privitisation of large quarters of the HE sector under a thinktank foundation (Geva, 2022), and the partisan ‘moral’ take-over of the cultural organs of the state through the appointment of regime supporter, Attila Vidnyanszky, as Head of Hungarian Theater Society (Szirtes, 2020), are just some stark examples of a strategically cultivated nationalist imaginary designed to both evoke ‘Hungarianisation’ (Heller, 2017; Turda, 2016) and create a new frontier space in ‘Eastern Europe’. This also includes a desire for educated Hungarians to think in culturally homogenous terms about Hungary’s past, about who they imagine they will become and what kind of citizen they will inspire into Hungary’s future. Therefore, the question of ‘who are the people and reasoned subjects of Hungarian state in the 21st century’ is a particularly apt one.

Orban himself has given over 1.7 billion dollars in government grants and assets to the conservative institution, Mathias Corvinus Collegium, enabling patrimonial power in Higher Education (Collins, 2021). There is also evidence of the harassment and censorship of academics through bureaucratic processes (Myklebust, 2011), the dismantling of the Hungarian Academy of Sciences and the defunding of “ideologically motivated and unproductive” disciplines (i.e. social sciences) (Trencsényi, 2021). Taken together, these state interventions undermine integral research, ethical knowledge production practices and new forms of critical intellectualism (see Al-Azmeh & Dillabough, forthcoming) in favour of the will of the Right, particularly under local political conditions (Douglass, 2021). Often enacted under the guise of ethnocratic and neonationalist discourses, these combined shifts, or attacks on the autonomy of HE, threaten forms of social sciences knowledge production that are capable of challenging nationalist practices. Likewise, such shifts have reinforced a strategic “factual relativism” that “equate[s] academic research–and facts–as hopelessly politically biased and, hence, part of the fake news machine” (ibid). Within a climate of bureaucratically engineered uncertainty and mass student and academic protests against HE marketisation and diminishing academic freedoms, any critique produced through HE institutions or by intellectuals is vulnerable to being portrayed as ideology or propaganda, indicating a degradation of the structural conditions that foster the breadth, depth and efficacy of the social sciences.

Trencsényi (2021) argues that these conflicted political moments are symptomatic of culture wars between the ‘identity’ and the moralising ‘value systems of society’, particularly in relation to what is seen as a sacred Hungarian ethnonationalist past (see Felman, 2001). However, beyond populist encroachments, political conflict and HE student protests over the ‘real’ Hungary and associated claims to truth, substantive tensions remain over the question of “‘who is the sovereign subject of the university and whose public goods and public things are we fighting over’” (Dillabough, 2021: 7).  For example, SZFE students’ demands for assistance from the Culture and Education Committee in the EU Parliament were met with “sympathy” claiming that “the EU couldn’t do much because education is a national matter” and protected through cultural sovereignty (Enyedi, 2021: 262). These demands point to wider student conflict over European legitimacy, the potential for EU fragmentation and associated sovereign claims over the very meaning of political freedom. According to Trencsényi (2021), such attacks on HE are also designed to fragment reality, cultivating a static and tired notion of national identity and associated moral imaginaries that discredit alternative political solutions, in part through instating regime supporters and elite and ‘reasoned’ knowledge makers in key roles of epistemic authority and truth making. To put this differently, such attacks foster both a loss and mourning for meaningful political life itself and the possibility of natal thought and action (see Arendt on the Promise of Politics, 2009).

To address this dilemma as a ‘problem space’ of politics (see Scott, 1997), in this project we turn to the realm of student politics as a site for comprehending the task of politics and governance and the cultivation of conflicted cultural meanings of citizenship – both its formal and informal dimensions. Importantly, both Jobbik and Fidesz, leading parties in Hungary today originated as student movements at Eotvos Lorand University (ELTE), pointing to the significance of student activism in the broader realm of political contestation. Such a focus reveals competing strands of conservatism, liberalism, and the anarchist-inspired Left, as students both enact and contest various modalities of political life, ‘academic fantasies’, and overlapping sovereign claims that reveal ‘lines of interiority’ within the institution’s own conception of itself (Dillabough, 2021: 9). Examining these ‘lines of interiority’ illuminates distinctions between the strategies of the Left and the Right – and the tendency of the former to rely on aesthetic and performative rituals that may no longer resonate with an earlier and arguably more potent natal power to transform authoritarian state practices. In other words, the movements of the student Left may “fill out an already expected and recognisable position in society that reproduces rather than disrupts existing power differentials and forms of representative democracy in society” (Nielsen, 2019: 94). These patterns also point to the wider lines of interiority within the national Left and Right that are reflected in the divergent forms and networks of funding, resources and support allocated to student projects in line with differing comprehensions of the role of student movements in state building and professionalised politics along partisan lines.

Illiberal and authoritarian threats to HE have also been met by further resistance from HE actors, often through street protest, street academies, and the occupation of university buildings (e.g. University of Theatre and Film Arts).

Yet, these demonstrations of mass disapproval, often in the thousands and spanning weeks, have, in the most mundane sense, been largely unsuccessful in achieving any radical political transformation in HE policy and governance. Importantly too, such acts of resistance, often generative, creative and transnational in reach, have been unable to drive systematic change promulgated by earlier generations of student activists from the mid 20th century and for Hungary in particular, the late ‘80s in the lead up to the revolution – often imagined by many in Hungary as a source of political inspiration and mobilisation. As Dillabough (2021: 6) states, however, “the familiar consequence is that only a bureaucratic remnant of the original agonistic aspiration is left, leaving many HE actors feeling powerless to challenge its normative precepts.”

In short, why do these demonstrations of popular power remain ineffectual in challenging illiberal patterns of governance? Such a question is not unique to Hungary, but rather is replicated in the context of the UK, South Africa and Turkey, where mass academic and student protest, boycotts, and occupations – the historic tools of the Left – have largely been unable to overturn the conditions that produce disaffection within HE and the broader political system. In taking the Hungarian case forward, we draw upon wider theoretical and conceptual tools to better comprehend how diverse political subjects of the state beyond the conservative right are ‘devalued’ as knowledge makers and political actors, thereby reshaping the agonistic dimension of political critique and undermining diverse forms of epistemic authority (Bacevic, 2021). In thinking through these problems of authority, legitimacy, epistemic value, natal political aspiration, and state building – we bring together Bacevic’s notions of ‘epistemic attachments’ and ‘bounding’, alongside Honig’s ‘emergency politics’ and Balibar’s more recent work on the ‘death of critique’. Such an approach opens up a discussion on how HE institutions are co-opted into the knowledge production of culture and history and can function to consolidate and colonise the very idea of Hungarianisation into the future (see Robertson, Rosenvaig and Maber, 2022).

In keeping with these concerns, the following questions drive our enquiry into Hungarian HE student movements and student unions and their associated micropolitical conflicts over the meaning of the ‘real Hungary’ and its agonistic history:

This article was initially published on https://universitiesandcrisis.org/blog/

Douglass, J. A. (2021, September 13). The Autocrats Playbook For Subduing Universities—What Can Be Done About It? The Berkeley Blog. https://blogs.berkeley.edu/2021/09/13/the-autocrats-playbook-for-subduing-universities-what-can-be-done-about-it/

Pető, A. (2018). Attack on Freedom of Education in Hungary. The case of gender studies. LSE Engenderings. https://blogs.lse.ac.uk/gender/2018/09/24/attack-on-freedom-of-education-in-hungary-the-case-of-gender-studies/

Pogany, S. I. (2018). Europe’s illiberal states: Why Hungary and Poland are turning away from constitutional democracy. The Conversation. http://theconversation.com/europes-illiberal-states-why-hungary-and-poland-are-turning-away-from-constitutional-democracy-89622

To submit an event to our calendar, fill out the following Events Form

Faculty of Education, University of Cambridge