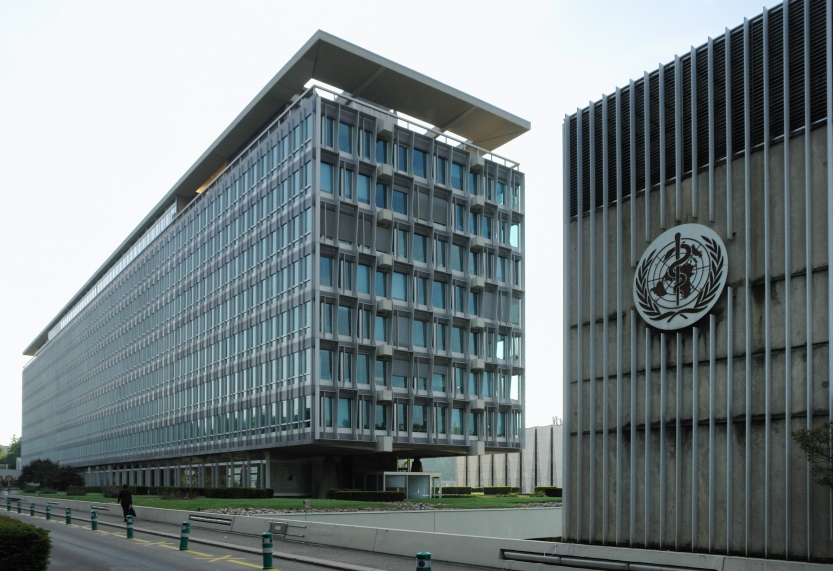 Our first reading in the Self-Isolation Reading Group is Andrew Lakoff’s chapter ‘Global Health Security and the Pathogenic Imaginary‘, published in Dreamscapes of Modernity: Sociotechnical Imaginaries and the Fabrication of Power, edited by Sheila Jasanoff and Sang-Hyun Kim (Chicago University Press, 2015). The volume is a welcome hybrid of research in social studies of science and related paradigms (STS, ANT etc.) and more decisively political approaches (something that Jasanoff is particularly famous for), especially those inspired by Foucauldian and Marxist readings. It presents a diverse set of perspectives and case-studies of the coproduction of knowledge and the world order.

The chapter is introduced by Jee Rubin. They are a PhD student at the Faculty of Education, University of Cambridge.

You are welcome to post comments, questions, and thinkpieces in response to the article, or the review itself, below. Please observe the standard rules of academic communication; any offensive comments will be deleted.

On 11 March, the Director-General of the World Health Organisation (WHO), Dr. Tedros Adhanom Ghebreyesus, declared COVID-19 a pandemic. After just ten weeks, the virus had spread from a cluster of 50 infections in Central China to more than 118,000 cases across 114 countries—in turn warranting what WHO described as unprecedented measures for virus classification, surveillance and response.[1]

By epidemiological standards, a pandemic refers solely to the geographical reach of a novel disease for which humans do not possess immunity.[2] The term bears no relationship to the severity of health risks associated with an outbreak, and merely distinguishes a virus from endemic disease—or those contained within a specific area, community or country.

As Ghebreyesus made clear, however, “pandemic is not a word to use lightly or carelessly. It is a word that, if misused, can cause unreasonable fear, or… [lead] to unnecessary suffering and death.” Here, infectious disease scholar David Isaac draws a connection between pandemic and pandemonium,[3] further underscoring the apocalyptic levels of panic and anxiety that the word can elicit.

Yet despite its intense social power—whereby its mere utterance can lead to a loss of life—the word ‘pandemic’ holds no official significance within WHO’s system for monitoring infectious disease globally. While the media harked Ghebreyesus’ announcement as a critical new chapter of the crisis, his remarks were unintended to communicate a change in the organisation’s position regarding the risk or gravity of the outbreak: “Describing the situation as a pandemic does not change WHO’s assessment of the threat posed by this virus. It doesn’t change what WHO is doing, and it doesn’t change what countries should do.”

In this light, there appears to be a kind of performance of formality in Ghebreyesus’ statement, a public appeal that hollowly evokes the organisation’s globally-recognised classificatory powers, conjured up to declare, well, nothing. “There is an unhelpful alignment in people’s minds between this ‘pandemic’ word,” said WHO’s Head of Health Emergency Programs, “and some sort of major shift in approach – but this is not the case.”[4]

The precursor to WHO’s ‘pandemic’ announcement took place on 30 January, when the organisation labeled the virus a Public Health Emergency of International Concern, or PHEIC (somewhat unfortunately pronounced, ‘fake’)—the highest designation for an infectious disease outbreak possible. This provoked a storm of criticism directed at the organisation, including competing claims that the decision was taken either prematurely or too slowly. The PHEIC classification also brought about confusion regarding its meaning, with WHO later publicly recognising that the term may be unclear or too ‘binary’ and, as a result, detrimental to mobilising the international community.[5]

In the wake of the PHEIC process, calls have since emerged for the organisation to return to a clearer, phase-based system for monitoring pathogenic outbreaks—like the one the that preceded PHEIC, and involved a top-tier classification of ‘pandemic’. Doing so calls attention, however, to the long and complicated history of infectious disease monitoring practices at the organisation, changes that, unsurprisingly, have been coloured by political and economic contests for influence, resources and power.

It is this very history that scholar Andrew Lakoff examines as a part of his article, Global Health Security and the Pathogenic Imaginary. Though written in 2015, the piece provides salient and timely insight into the politics of classification at WHO, as well as an excellent analytical framework through which we might interrogate the organisation’s handling of COVID-19. In what follows, then, I offer a brief summary of the article, as well as a set of initial questions probing the utility of Lakoff’s contributions as a lens for reading the global health governance of our present moment.

Lakoff’s ‘Global Health Security’ is an epistemological framework that accounts for the beliefs, values and logics at play in the global governance of infectious disease management—a forward-looking and preemptively-oriented institutional worldview that orders social and political activity across actors and borders with regards to pathogenic outbreaks.

The author’s analysis is based on Sheila Jasanoff’s notion of sociotechnical imaginaries, or the ‘widely accepted and actively pursued visions of social futures underpinned by expectations of what is possible, attainable and worth securing through science and technology’. In these terms, Lakoff depicts the Global Health Security regime as having propagated a view of the future defined by an ever-present risk of pandemic—a threat that in turn justifies its far-reaching measures for preparedness and response.

To this end, the article describes how WHO attempted to create a ‘real-time, global disease surveillance system’ premised on ‘anticipatory vigilance and precautionary response’ (300, 317). The organisation’s objective was to ‘provide early warning of potential outbreaks’ before they occurred (300), stopping ‘emergent infectious diseases’ from catching hold in the Global South and avoiding their spread to the Global North. In practice, however, this approach led the organisation to overestimate both the risks associated with potential diseases, as well as its governance powers for managing such outbreaks—causing what Lakoff and others view as a series of gravely mishandled international public health incidents.

Lakoff traces the roots of the Global Health Security regime to a group of epidemiologists from the US Centre for Disease Control, who steered WHO’s policy agenda and practice around infectious disease from the 1970s onward. Their ‘epidemic intelligence’ approach involved unparalleled measures for identifying supposedly imminent, novel pandemics, and led to the creation of the Global Outbreak Alert and Response Network (GORAN). Founded in 1997, this internet-based monitoring initiative ushered in a new era of supranational health governance, attempting to supersede state control of public health data to feed a global disease surveillance system.

In 2005, WHO further consolidated its growing role in this domain through revising the International Health Regulations (IHR). Created in 1851 to structure international cooperation around a limited number of communicable diseases, WHO’s revisions expanded the scope of the IHR to include any natural or manmade pandemic or pathogenic threat—for which it introduced the terms and processes around PHEICs (the same legal instrument used for the official classification of COVID-19 in January). Among other changes, the new IHR also broadened the sources of data and information available to WHO for disease surveillance, allowing GORAN and others to more easily reach around government-sanctioned reporting channels and investigate potential outbreaks deemed relevant to global health security.

Less than three years later, the Indonesian government challenged the revised IHR by refusing to cooperate with WHO’s Global Influenza Surveillance Network (GISN). At the time, GISN was concerned that a new strain of H5N1 posed a serious pandemic threat, and saw unique value in samples from Indonesia due to the country’s high avian influenza infection rates. In resisting what it saw as a violation of national sovereignty, however, Indonesia refused to share its samples after learning that an Australian pharmaceutical company had created and patented vaccines out of viral material collected in Indonesia by GISN years earlier. Though WHO claimed that the government was in violation of IHR, Indonesian officials were able to expose inequalities in the benefits and protections provided by a supposedly global system of preparedness and care.

A second test to the Global Health Security regime came in 2009, when concerns regarding the H1N1 swine flu triggered WHO’s emergency response system. Despite the absence of epidemiological data on incidence rates of the virus, WHO declared H1N1 a PHEIC, and led the international community in rolling out drastic emergency response measures that included multi-billion dollar vaccine campaigns. While global panic ensued, a pandemic did not, leaving WHO under fire for its alarmist impulses that caused social and economic crisis.

In reflecting on Lakoff’s analysis in our present moment, I wish to highlight three possible points of departure for applying a Global Health Security framing to the COVID-19 crisis: